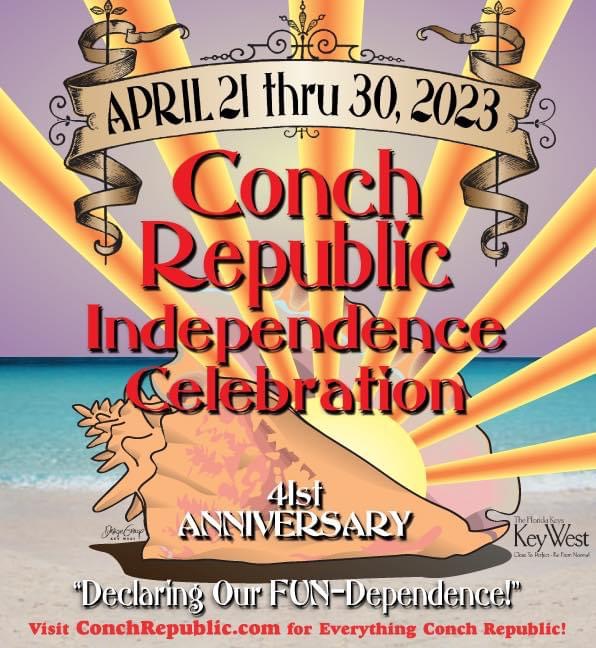 The Conch Republic was born on April 23, 1982, in response to a United States Border Patrol Blockade of the Florida Keys. Since the United States insisted on treating the Keys like a foreign country, Mayor Dennis Wardlow seceded from Union. Today we stand proudly as a community of who have “Sovereign State Of Mind” and as the “People who seceded where others have failed.”