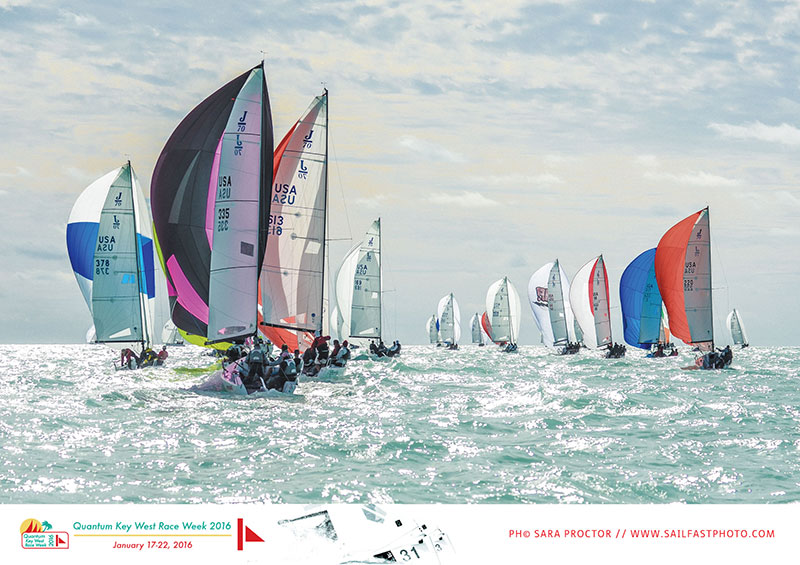 Quantum Key West Race Week is celebrating its 30th anniversary and shows off fleet of more than 100 boats shows great strength throughout its ranks.

The fleet includes glamour classes like the 52 Super Series, featuring top professional sailors such as Ed Baird, John Kostecki, Terry Hutchinson, all past winners of the Rolex Yachtsman of the Year award, and past Italian America’s Cup helmsman Vasco Vascotto.

The wildly popular J/70 Class is the largest at the event with 40 of the 23-footers entered this year. The design’s larger sibling, the 36-foot J/111, begins a season long march towards the class’s world championship in September.

ORC is the featured rating rule with nine boats entered, and classes such as the C&C 30 One-Design, Melges 24 and J/88 enhance the competitive nature of the race week fleet. ORC is also being used to rate boats in the Performance Cruising Class that is competing for its second consecutive year, and there are two entries in the Multihull Class.

While the racing at the 30th anniversary Quantum Key West Race Week will look and feel very similar to the past 29 editions, the shoreside venue will be much different. The Waterfront Brewery in the Key West Historic Seaport and Bight will host all shoreside activities related to Race Week, including daily morning weather briefings, post-race seminars, and the nightly awards party.