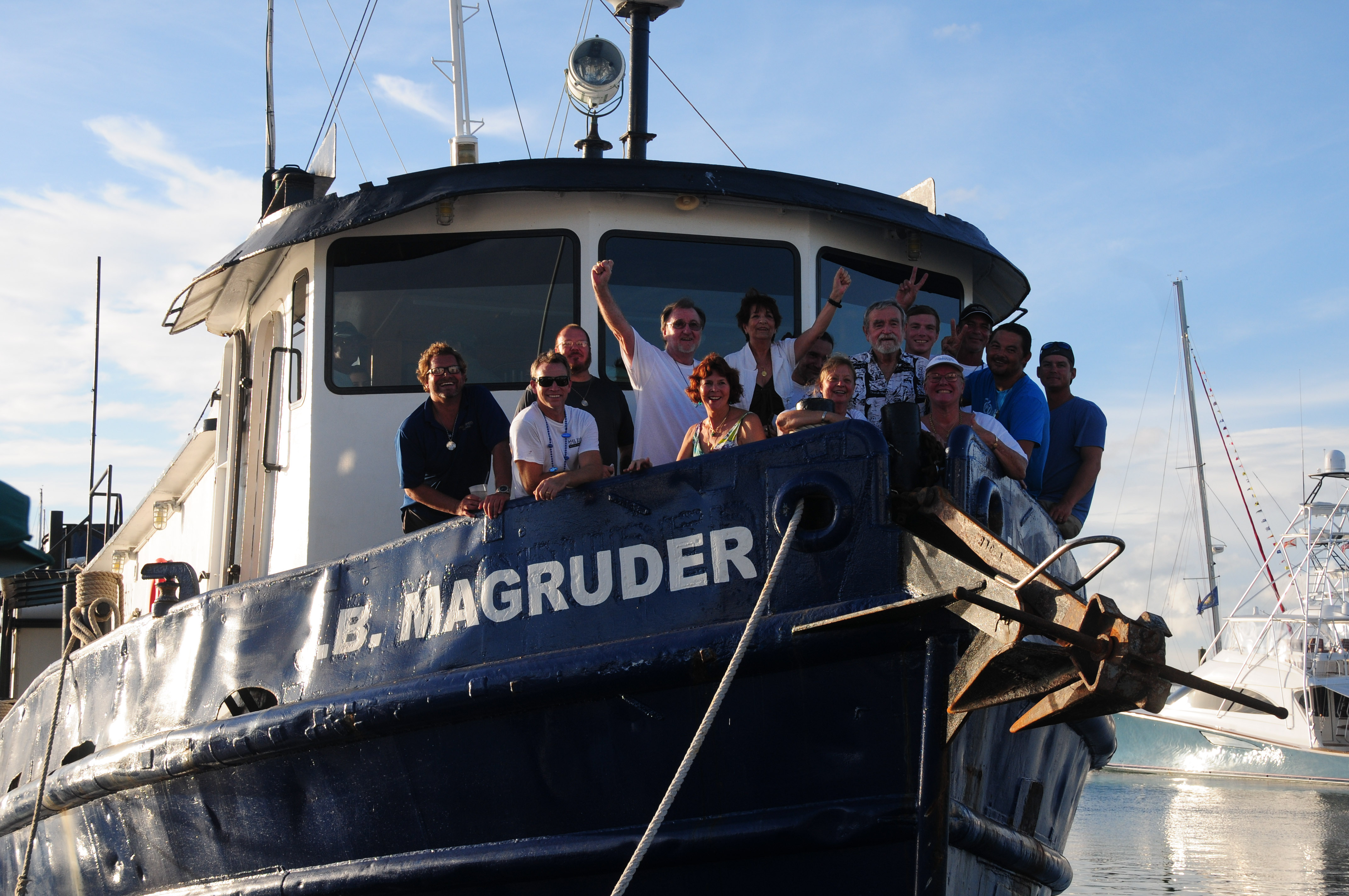 Spend a golden day at Schooner Wharf Bar, where Spanish galleons, treasure hunting ships, golden discoveries and priceless memories of the man who made it all happen – Mel Fisher – are on tap for this year’s Dock Party for Mel Fisher Days.

The celebration of Key West’s golden dream weaver begins at 3 p.m. Saturday, July 14th at Schooner Wharf Bar, where Mel Fisher “made his mark,” when his handprints were cast in a special mold and a section of the bar top is dedicated to his achievements.

Although it took Mel years to find the $400 million mother lode of the Spanish galleon Nuestra Senora de Atocha, it never took him long to find his friends at Schooner Wharf, where he could share his stories while keeping a sharp eye on the water that held the riches he was seeking.

This year’s Dock Party will celebrate the 33rd Anniversary of Atocha’s Mother Lode Discovery and the “good ole’ days” by welcoming the 90′ JB Magruder treasure salvage vessel back to the docks behind Schooner Wharf. For the third time since the 1980s, the 100-foot working vessel will be on display downtown, showing off the latest treasure-finding technology that scours the ocean floor for centuries-old coins, gold bars, gold chains, emeralds and silver ingots.

Meet the Atocha divers and Magruder crew as they return from treasure diving and hear tales of high-seas and high-stakes adventures from Mel’s Golden Crew, current salvors and members of the Fisher family.

The Dock Party will include a limited number of tours of the treasure hunting boat and are available between 4:30 and 6:30 pm. Advance registration discount tickets are available at www.MelFisherDays.com.

Attendees will have a chances to win cash a with the 50/50 raffle. Take a chance to win an Emerald with the popular “Have your Cake and Eat it Too” raffle at 4:30 pm.  During the party, there will also be live treasure auctions to participate in and a HUGE silent auction!

There is a week long raffle for a Grade 3 Atocha coin valued at $1,400 with the drawing at Schooner Wharf later in the evening, you must be present to win!

This year’s Lifetime Achievement Award will be presented to Golden Crew member marine archaeologist, James J. Sinclair.  As director of the laboratories, he was charged with the conservation of over 500,000 archaeological objects and helped in developing techniques currently used in many laboratories around the world today.  In 1980 Sinclair also assisted in the archaeological recovery of the sister ship of the Atocha, the Santa Margarita, where over 20 million in treasure was recovered. He has also been the chief archaeologist on projects that range from searching for legendary shipwrecks in Indonesia, Guam and the Caribbean.

See you at the Schooner Wharf Bar for the Dock Party Saturday, July 14 to celebrate Mel Fisher Days 2018 as the JB Magruder arrives from treasure hunting and docks behind the bar! 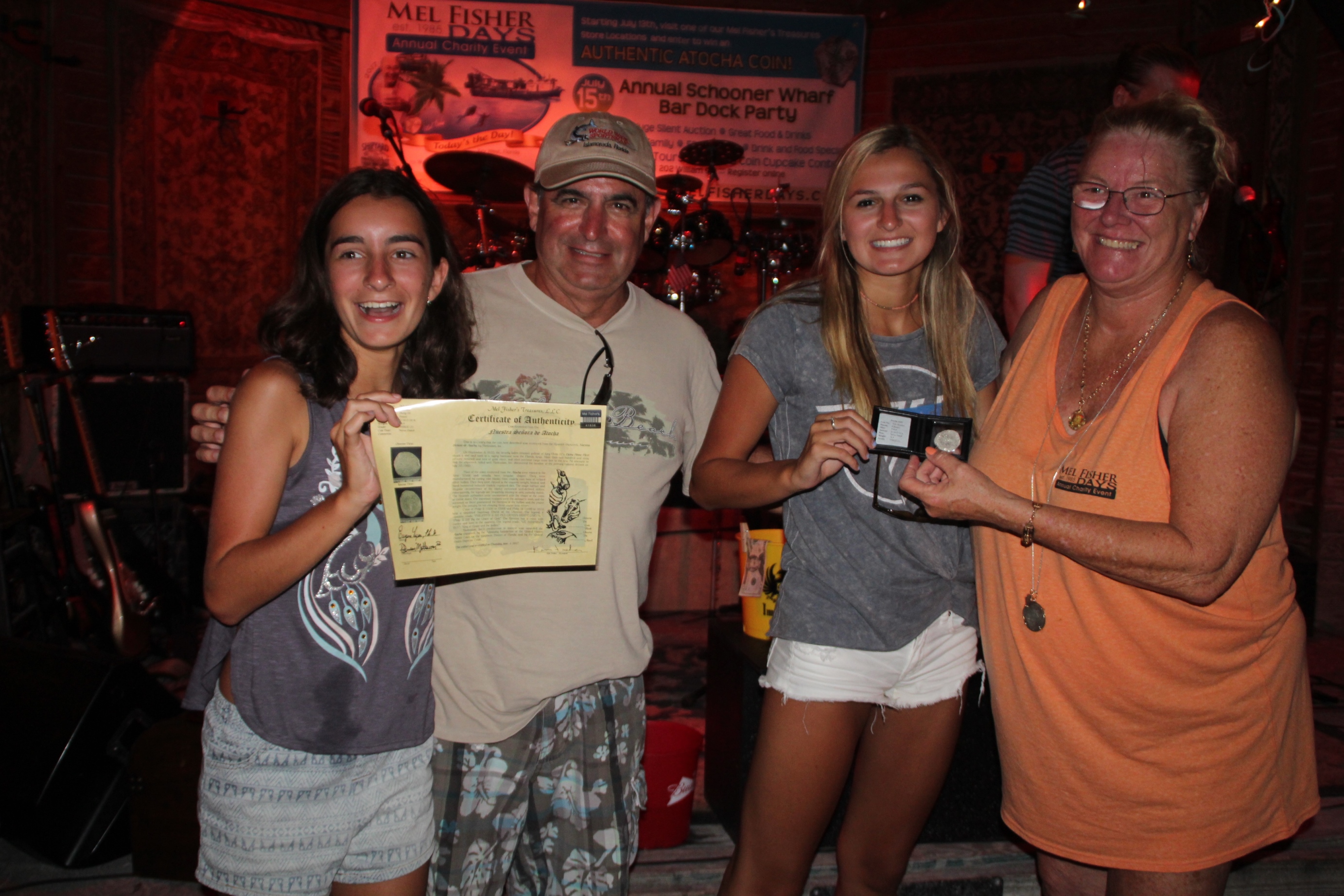 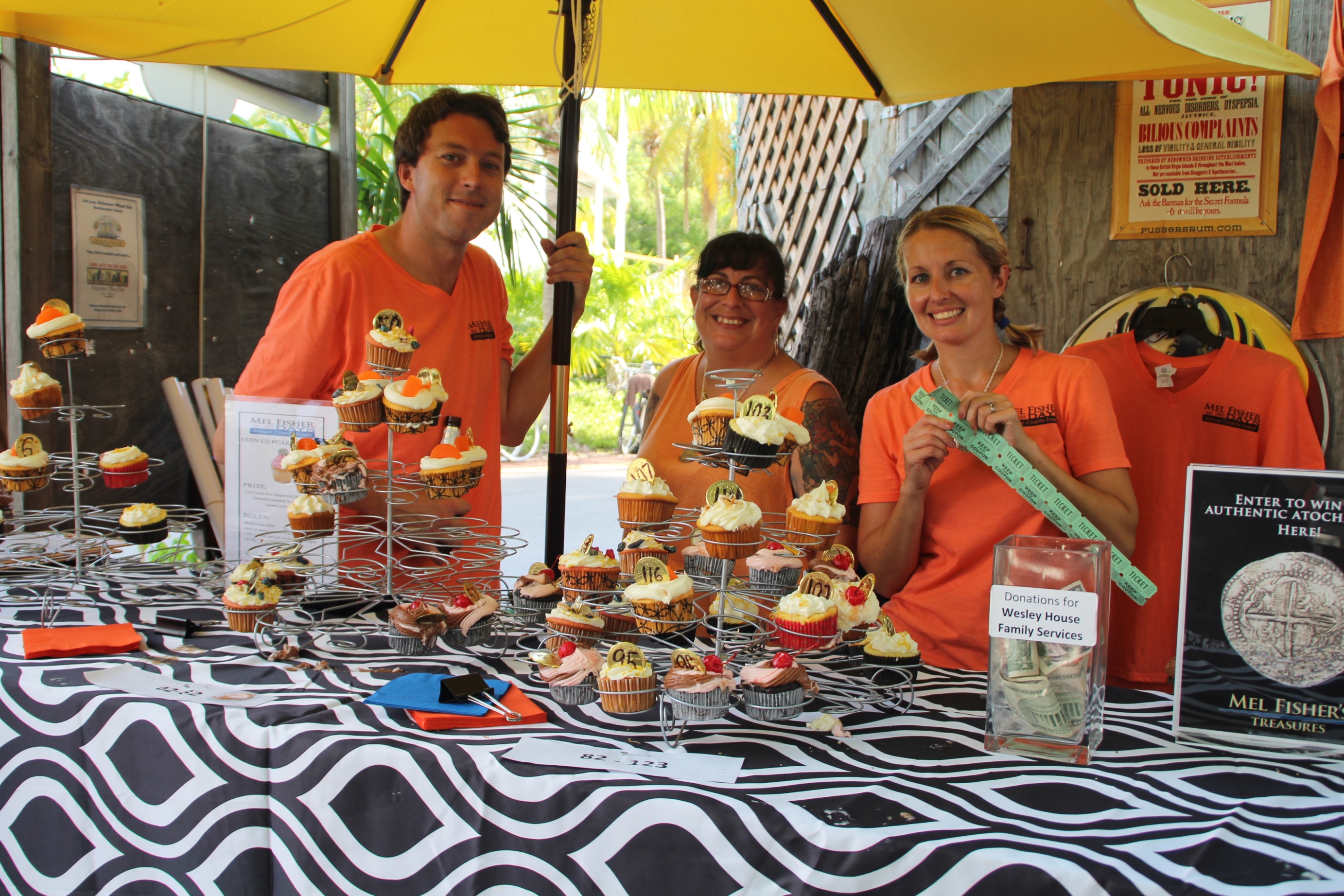