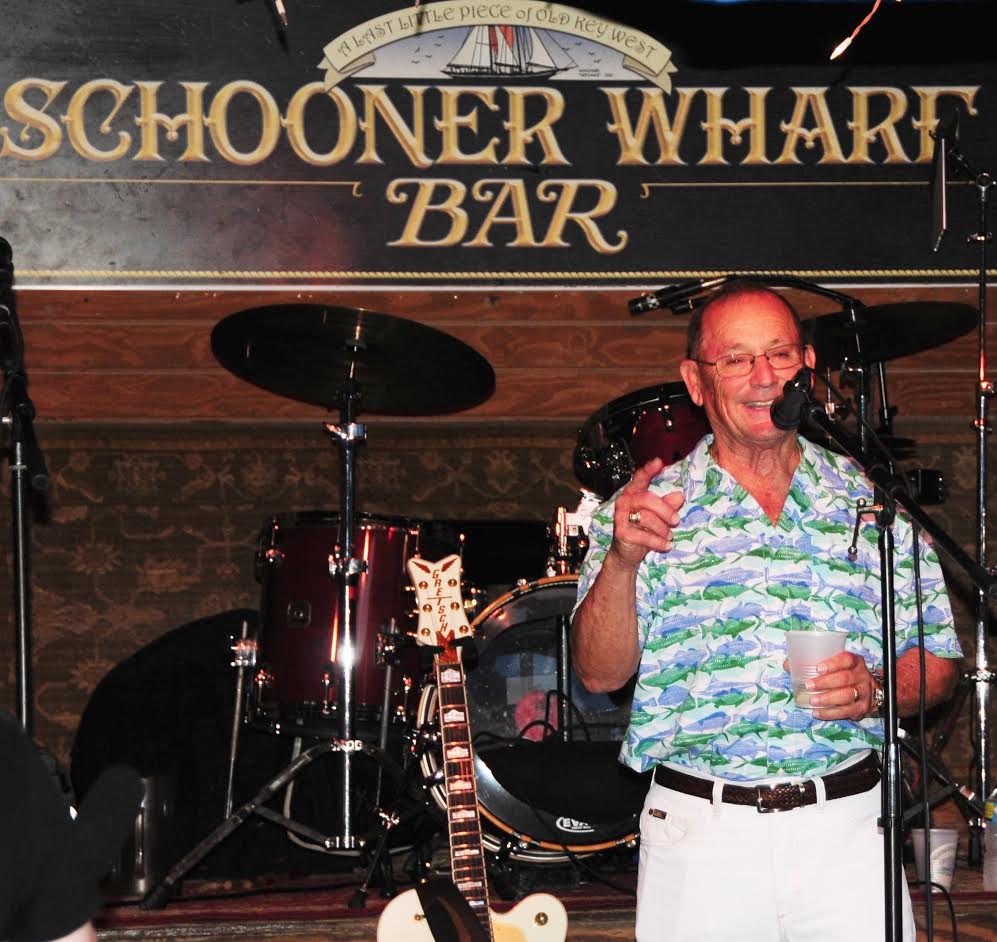 Schooner Wharf Kick Off Party is the start of the Conch Republic Independence Celebration on Friday, April 19th at 7 p.m. The festivities kick off at 7 p.m. with the Last Mangoes band playing steel drum dance rhythms of the Caribbean. Their live shows are ever-changing and wide-ranging in the styles audiences crave — From Reggae to Motown to rock to funk and beyond! Definitely bring your dancing shoes! Listen to how it all happened! Conch Republic Prime Minister Dennis Wardlow will be on stage recounting the story of the events that led to our secession, as can only be told by the mayor who spearheaded our secession in 1982! We seceded from the United States, surrendered and demanded foreign aid (we are still
waiting on that!) Long Live the Conch Republic!

Be a Conch Republic Patriot and join the annual Independence March to the Sea at Schooner Wharf Bar on Thursday, April 25th. Follow the Parade in Mardi Gras Style to Schooner Wharf where the parade ends and the party begins! The Cool Coconuts will be rocking the house, with the steel pan sound of the islands to Motown, Soul, Funk, and Reggae! Costume and float prizes will be given at the Awards Ceremony. The parade starts at 8:00 p.m.

The Pirates Ball and Costume Competition is at Schooner Wharf on Saturday, April 27th. Festivities start at 7pm with sword play, swashbuckling, sea chanties and a welcome announcement by Key West’s own band of pyrates, Conch Republic Privateers. There will be a Costume Contest, with 1st , 2nd and 3rd prizes for Best Wench and Best Buccaneer. There will also be a prize awarded for Best Bustier and Cutthroat Surprise. The Conch Republic Privateers will walk around in the crowd and sign up contestants around 7:45 p.m. and go until about 8:45 p.m. Contest will start around 9 p.m.

The final race of the 34th Annual Schooner Wharf Bar Wrecker’s Cup Race Series is here, when captains, crews and passengers race the seven miles to Sand Key on an annual quest for bragging rights on this small island. The day of wreckoning is Sunday, April 28th , at 1 p.m. when ships in six different classes will reenact the times in Key West history when wreckers would race to a disabled ship, rescue the crew and then lay claim to the cargo. 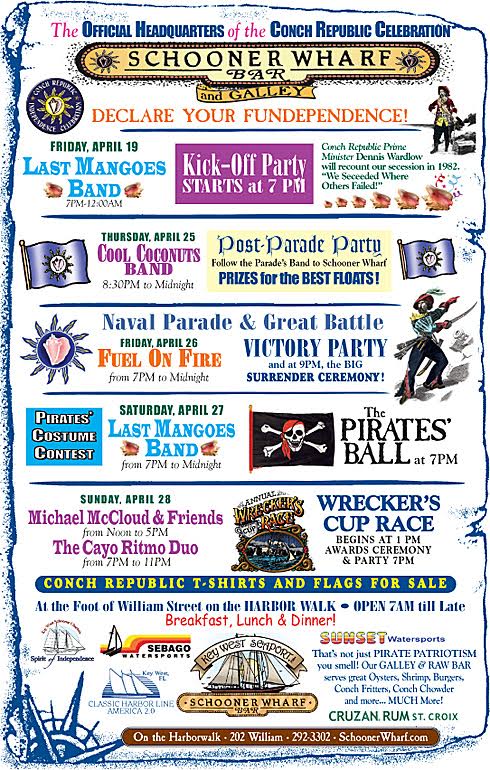