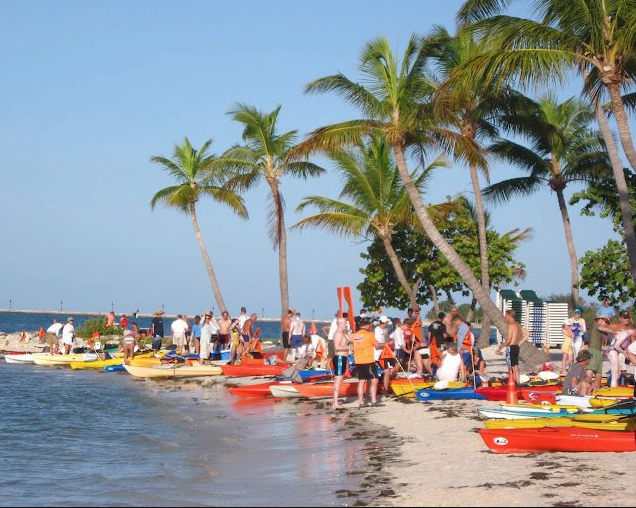 This historic swim is an “around-the-island” swim begun in 1977 by Anna Fugina. After suffering injuries from a car accident, Anna sought out swimming to assist in her recovery. As her health improved, so did her swimming abilities and her love for the sport soon emerged. With her admiration for swimming quickly growing, Anna was curious if it was possible to swim the circumference of the island of Key West. After much research, Anna found no evidence that anyone had ever attempted the challenge. On July 4th she entered the water at Mallory Square at Key West Harbor. Within 12:59:00 After studying the tidal current she knew the swim would be an easier task. Swimming again in 1978 her time improved considerably, finishing in 8:00 hours. With that, the Swim Around Key West was born!

The current record finishing time is 3:31:28 set by Gabe Lindsey in 1999. Any first-place swimmer who beats that record time will be rewarded with $1000 at the awards ceremony following the swim! Every entered swimmer will be given a technical t-shirt listing the overall first place swimmers and their finishing times from 1977 to present. The front of each t-shirt showcases the original artwork of local Key West artist Abigail White. 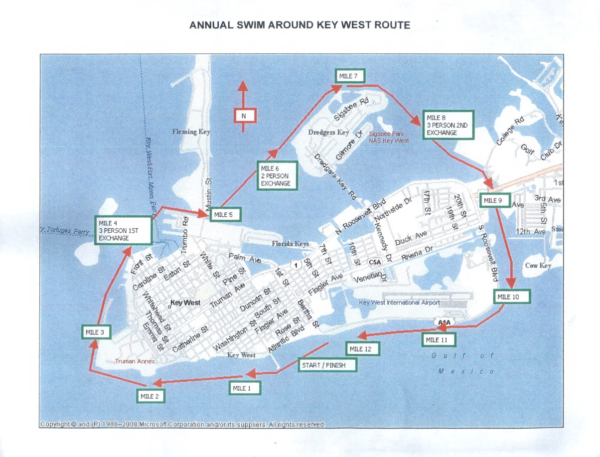 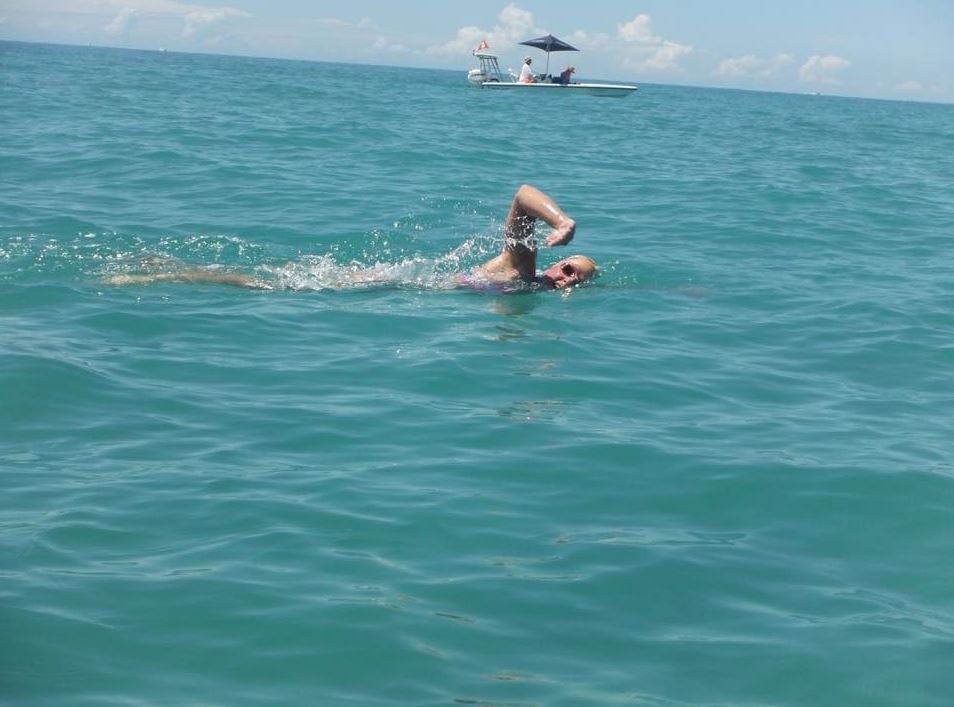 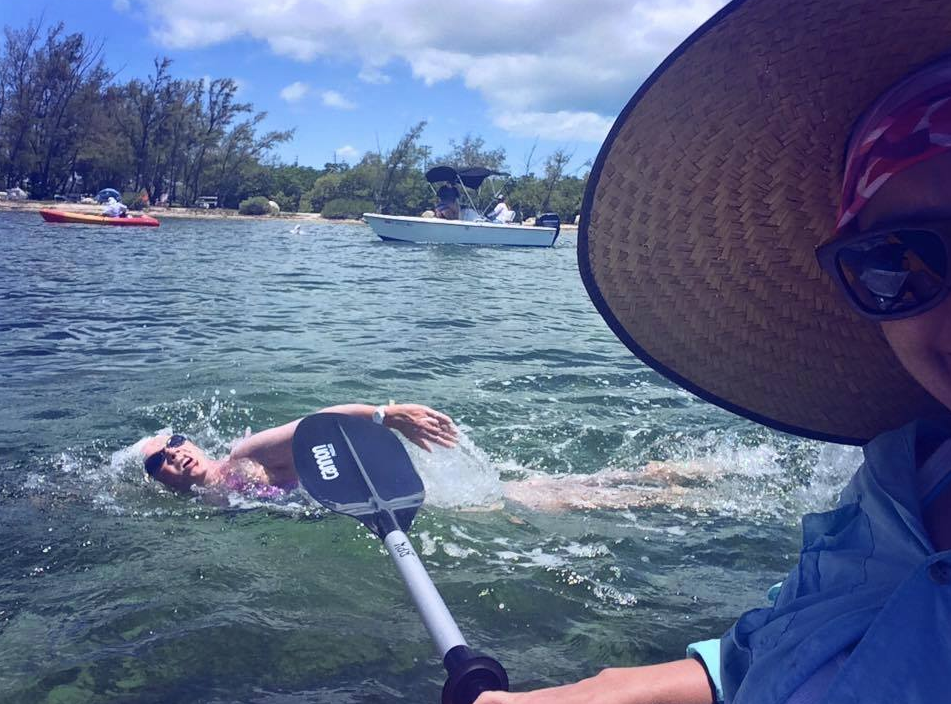