On September 14th, 1985, NBC aired the first episode of their incredibly famous television series, The Golden Girls. Not only was the show wildly popular (and still is), but each character warmed our heart with wisdom, friendly banter and a crass sense of humor. Fast forward to today and one of the most popular memes trending the internet is the hilarious Sophia Petrillo reminisening on her youth and memories while living in Sicily, Italy. More often than not she’d reflect on her time living in Italy with the now famous catchphrase, “Picture it, Sicily, 1912.”

So how does that tie into the Historic Seaport? Well, in order to really feel what we are about convey in the next few paragraphs, we needed Sophia’s voice and, most importantly, her enthusiasm in mind when we tell you what we have in store for all of you in the next few months. So without further ado, “Picture it, Historic Seaport, 2019, five giveaways for the next five upcoming months” (Sophia Petrillo voice, of course)! 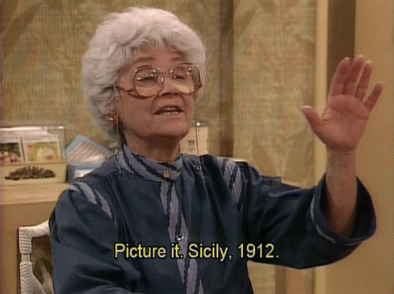 While we give you a minute to absorb all this awesome information, the Historic Seaport felt it was only necessary to end 2019 by spoiling all our loyal followers by giving away two tickets to three different concerts and partnering with some of our favorite Historic Seaport companies for endless goodies for you and your friends to enjoy with five different giveaways. Yes, FIVE giveaways!

Starting in August, our partnership with USA Today Travel rolls out our first giveaway and provides you a chance to win two tickets to see one of America’s most beloved rock bands, The Rolling Stones at Hard Rock Stadium. Reminisce about “my generation” with your bestie in September with The Who performing live at the BB&T Center or come see Maroon 5 performing live at the grand opening of the new Guitar Hotel at Seminole Hard Rock Hotel & Casino, Hollywood.

Finally, take a break from all that stuffing and turkey-induced coma in November as we have partnered with Yankee Freedom III and Vacation Key West for the ultimate swag bag filled with apparel and over $100 in goodies. If that’s not enough, we have partnered with Conch Republic Seafood Company for our last giveaway of the 2019 year! Seafood anyone?

Key West Historic Seaport: Your Gateway to Everything Key West!